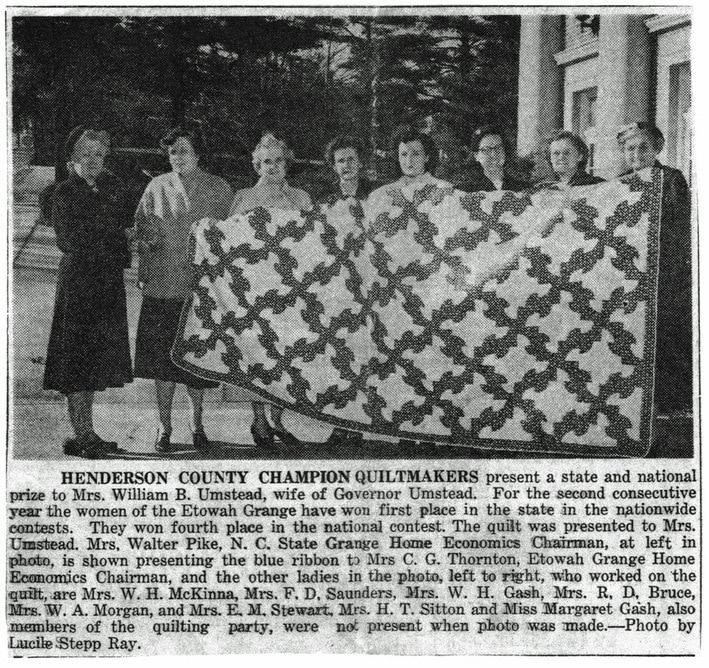 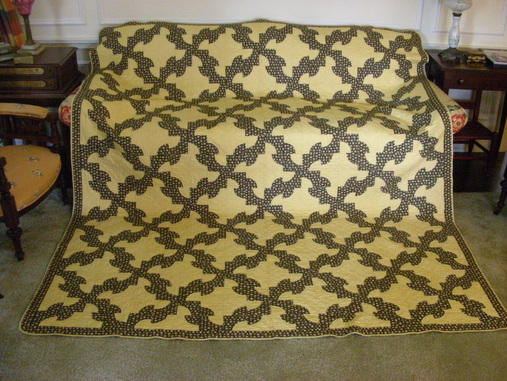 When "Etowah Heritage" first began collecting material for the website in 2014, a couple of items that came to light were old newspaper clippings about a special quilt.  Curiosity set in and there was hope that one day we would locate the quilt and show it to the community once again.

Hand-crafted by a group of Etowah Grange women, the quilt was entered into the 1953 Grange State and National Contests...and won!  For this small farming community in rural, west Henderson County, a First Place Award in North Carolina and a Fourth Place in the nation was simply outstanding.  The Etowah women crafted the quilt with patience and love over many months.  With each precise stitch and cut of cloth, the quilt of Etowah took shape, imbued with the spirit of a WNC village community.

In Grange tradition, the state first place quilts were given to the governors' wives, and the national first place quilt in the 1953 contest (won by Pennsylvania) was given to America's First Lady, Mrs. Dwight (Mamie) Eisenhower in January 1954.

After all these years, what happened to the Quilt?

Merle U. Richey, who was 10 years old when the quilt was presented to her mother, inherited the Etowah Grange quilt upon Mrs. Umstead's passing in 1988.  Mrs. Richey recalled that her mother called the quilt pattern, "Grandma's Two Patch."

The Umstead family and Mrs. Richey have taken wonderful care of the quilt which is in superior condition.  The quilt hangs in the charming Durham NC home of Merle and Russ Richey.  The journey to find and photograph the quilt for this website was a memorable experience.  We cherish these photographs.  The 1953 quilt is a living connection to Etowah's history.  Thank you, Mrs. Richey.  Your kindness to the community of Etowah, North Carolina is greatly appreciated. 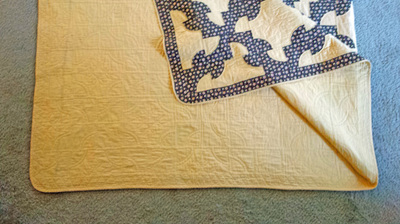 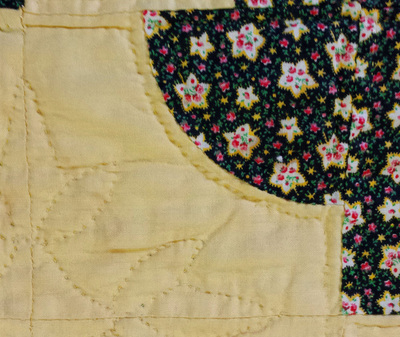 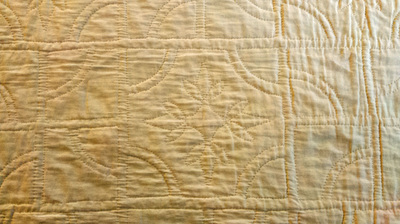 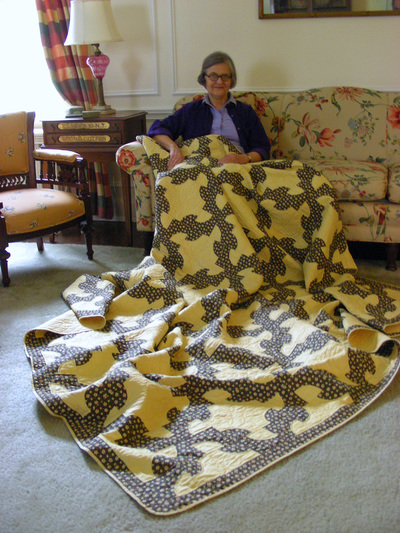 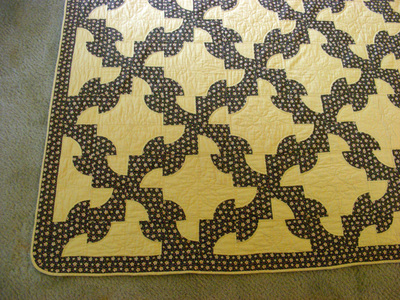 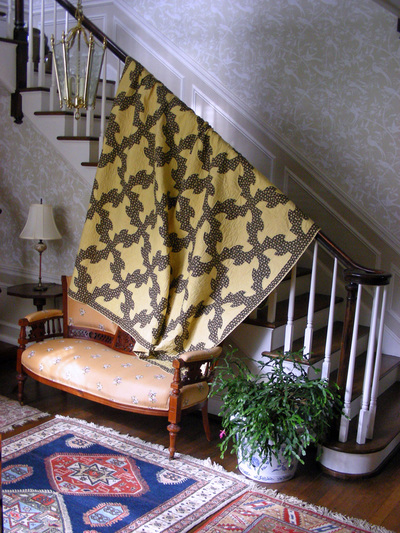 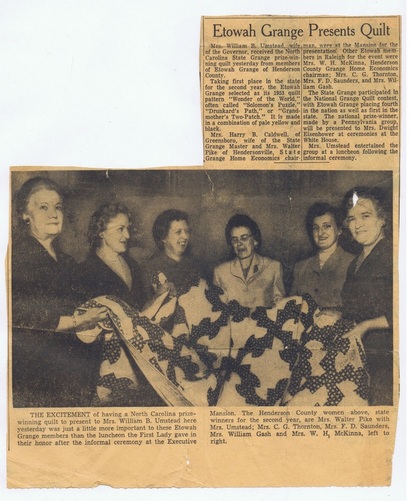 Based on the photo caption, this article was published in a December 1953 newspaper serving the capital of Raleigh
- to be identified.

Picture Caption:  THE EXCITEMENT of having a North Carolina prize-winning quilt to present to Mrs. William B. Umstead here yesterday was just a little more important to these Etowah Grange members than the luncheon the First Lady gave in their honor after the informal ceremony at the Executive Mansion.  the Henderson County women above, winners for the second year, are Mrs. Walter Pike with Mrs. Umstead; Mrs. C. G. Thornton, Mrs. F. D. Saunders, Mrs. William Gash, Mrs. W. H. McKinna, left to right.

Taking first place in the state for the second year, the Etowah Grange selected as its 1953 quilt pattern "Wonder of the World," often called "Solomon's Puzzle,"  "Drunkard's Path," or "Grandmother's Two-Patch.  It is made in a combination of pale yellow and black.

The State Grange participated in the National Grange Quilt contest, with Etowah Grange placing fourth in the nation
as well as first in the state.  The national prize-winner, made by a Pennsylvania group, will be presented to Mrs. Dwight Eisenhower at ceremonies at the White House.

Mrs. Umstead entertained the group at a luncheon following the informal ceremony."